We Are From Dust is a nonprofit arts organization dedicated to proliferating interactive, participatory artwork in public spaces and private exhibitions that not only transforms the way people engage with art, but changes how they consider their daily lives.

We Are From Dust embraces the values of self-expression, self-reliance, inclusion, participation, gifting, communal effort, civic responsibility, immediacy, decommodification and leaving no trace except positive interactions, and is committed to demonstrating and sharing these values with others through art.

We Are From Dust is made up of Burners and non-Burners who are dedicated to transforming people’s lives through participatory art. In the spirit of inclusion, collaboration and communal effort, all are welcome to join us in this effort. Our core team includes … 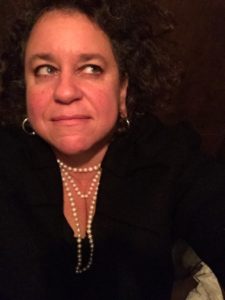 Candace Locklear, aka “Evil Pippi”, is currently helping with the strategy and execution of the media relations activities surrounding We Are From Dust. She has been attending Burning Man off and on since 1996 when she camped with Motel 666. She served as one of the first senior staff members of Burning Man in 1997 and helped grow the global media team on and off-playa for five years. She met and instantly befriended Yomi Ayeni when he came to Burning Man to cover the event for the BBC in 1998 and convinced him to join the media team.

Candace has remained deeply connected to the staff and various organizations within the Burning Man community and has keenly analyzed and influenced the various stories told about Burning Man over the years. She co-founded a boutique consumer tech PR agency in San Francisco called Mighty in 2011 that has served brands such as Facebook, Samsung, Twitter, Evernote and SoundCloud. Candace has been known to perform as both a Santa and a Klown. 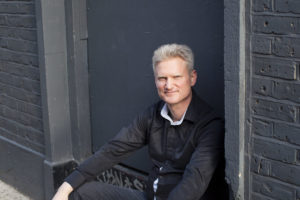 He has over fifteen years’ experience in the creative industries, across private and public sectors, working as an adviser and executive, including UK Film Council and then-leading international sales company Capitol Films.

His work in Film & TV includes over fifty features, including Gosford Park, Sidney Lumet’s Before The Devil Knows You’re Dead, and Tim Roth’s The Liability.

He served as the founding English teacher at a Kerala-based education/organic farming project, Rasa Gurukul, and provided financial modeling support to a UK-based vipassana meditation centre. 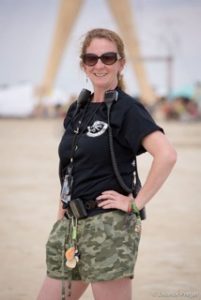 Elizabeth “BettieJune” Scarborough has had the unique opportunity to nurture and develop artists from across the globe, creating opportunities and showcasing their talents both on playa and off.

BettieJune wrote her graduate thesis on the art of Burning Man redefining both the role of the artist in community and the role post postmodern museums play in shaping the role of identity and creativity. After finalizing her studies, BettieJune heard the siren call of Black Rock City, and joined the Burning Man Art Department. During her over 12 year tenure with Burning Man, BettieJune developed the department’s processes, and grew the art grant program from $250k to approximately $1.5MM in cash in 2015. She led and inspired over fourteen teams at Burning Man, and curated and supervised over 300 artists per year. Currently she’s leading the effort promoting and developing the professional career of one of Burning Man’s best known artists, Laura Kimpton.

Blending her knowledge of art history, artist development, event production with her masters in business administration, BettieJune has innate knowledge on how to best identify and support creative concepts and strategies. 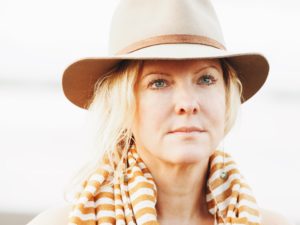 Katie Eldridge is currently using her media savvy and connections to further strengthen WAFD’s ongoing press and art placement. In 2006, Katie founded a boutique PR & marketing firm, Panic Button Media, based in Park City, Utah with clients spanning the globe. Her first career as a news broadcaster helps her relate to reporters, and keeps her moonlighting as a journalist in various lifestyle publications.

Katie stays steeped in the arts through various client projects as well as serving on the Sundance Institute’s Utah Advisory Board. The world-renowned film festival has long been a draw for her, an event she first covered as a reporter, and now assists with media outreach.

A longtime attendee of Burning Man and volunteer with Media Mecca, Katie has curated and led art tours on playa for media for nearly 10 years. Her role with WAFD allows her to merge friendships, contacts and a keen love for the unusual into one satisfying, passionate life experience. 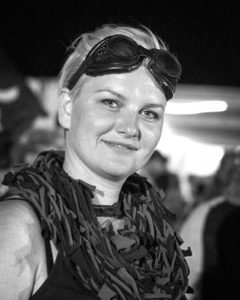 Míša is an Art Production Manager based in Prague, working around the world, with over a decade of experience from theatre, film, art and music industry. She is a “dust” addict ever since she stepped out of the car in Black Rock Desert.

She has been actively involved in Burning Man community and culture since 2010. After years of volunteering in different roles, she has become Burning Man Project Fellow and pursued conducting research within the European Community to support the non-profit mission of Burning Man. Besides that Míša was also working with the teams from Education, the Regional Network and People and Operations to discuss and outline plans for the future and documenting Burning Man community innovation in Europe.

She received her Bc. in Media Studies and Journalism and Theatre History and Theory at Masaryk University in Brno, then she studied Theatre production at Theatre Faculty at Academy of Performing Arts in Prague, where she received BcA, MgA. Her thesis on Ecology and Sustainability in Creative Industry was awarded for innovation and excellence by the Dean of the faculty and Míša continues to aim at arts and ecology up to today. She published a book The Sustainable Theatre in 2014.

She has worked as assistant to chief coordinator of Prague Quadrennial 2007, worked and consulted for Czech Lion, the Annual Movie Awards in Czech Republic, cooperated with number of Czech independent theatre groups, partake on production of documentary movies Passage to Passage (2008) and My Neighbour Killed Heidrich (2009) and productions of various exhibitions as Winton’s Trains. 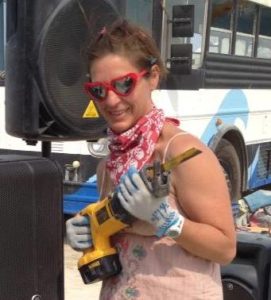 Shannon “Hijinx” Titus is Grants Manager for WAFD. She has her B.S. in Creative Writing and has spent her career writing content that moves people. In the last many years, she’s been supporting Burning Man and other artists and arts organizations with development consulting and grants management.

Shannon has been heading to the playa off and on since 1997 and has been a founder or major contributor to various Burning Man theme camps over the years including Decadent Oasis, Conexus, and the Blyss Abyss. In 2006, her team was awarded a grant to design and build the reimagined, gothic Conexus Cathedral. Since attending Keiz Burn — a German regional Burning Man — several years ago, she’s hooked on regionals and the possibilities that they bring to practice the 10 Principles worldwide and transform and galvanize global communities.

Hijinx is a DJ and community organizer, and has been featured in the film “Beyond Black Rock” and the book Trance Formations: The Spiritual and Religious Dimensions of Global Rave Culture by Dr. Robin Sylvan. 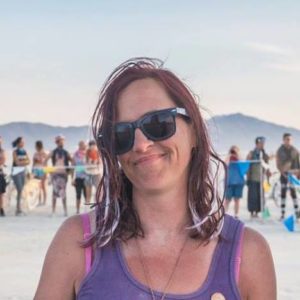 Sharma Hendel is a research psychologist who has a spent the last 5 years developing and perfecting her skills at crowdfunding.

She’s led several art fundraising campaigns for Burning Man artwork, including Cruz the Wave and the Temple of Promise, and she’s consulted on countless more. 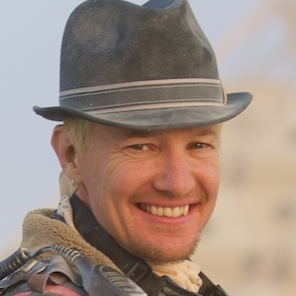 Will Chase has been facilitating the arts and artists through his company Will Chase Arts since 2003, providing art curation and event management services for galleries, events and festivals, such as Treasure Island Music Festival, Symbiosis Gathering, Oregon Eclipse, Edwardian Ball and Sea of Dreams.

He was Minister of Propaganda for Burning Man, where he was the editor-in-chief for the Jackrabbit Speaks newsletter and the Burning Man Journal, and content manager for Burning Man’s web properties. He also oversaw the ePlaya BBS and Burning Man’s social media presence. Will first attended Burning Man in 2001, and volunteered as the Operations Manager for the ARTery (Black Rock City’s art HQ) and was on the Burning Man Art Council from 2003-2008. He was Web Team Project Manager and Webmaster from 2004 until he transitioned to the Communications Department in 2009. 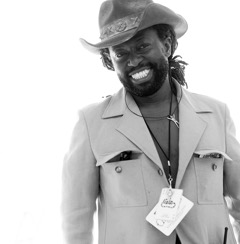 Yomi is an award winning Transmedia storyteller, film producer, and digital strategist. He is a published author, artist, record producer, and event organizer with a penchant for Steampunk – the retro-futurist genre.

In 1998, the BBC News sent Yomi to the USA to direct a film on Burning Man, which introduced him to the creative culture that underpins the event. He returned to the UK, set up the Euroburners website, Playadust discussion list, Nowhere Festival (Spain), London Decompression, and the London Burning Man Film Festival.

Yomi was an active member of Burning Man’s Media Team for past 18 years, he has an annual radio show on BMIR while on the Playa, and has produced two international theme camps.

As a strategist, Yomi works across multiple platforms, and has pioneered new ways of engaging the audience with content.

If you like what we’re doing, please support our mission by making a tax-deductible donation!